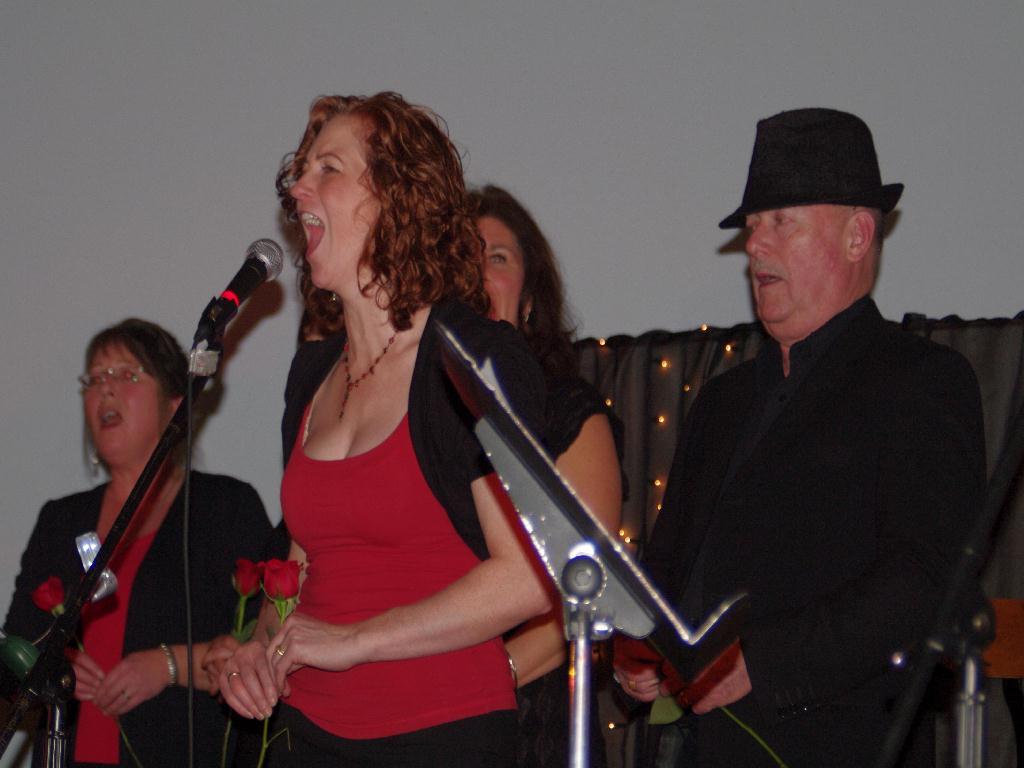 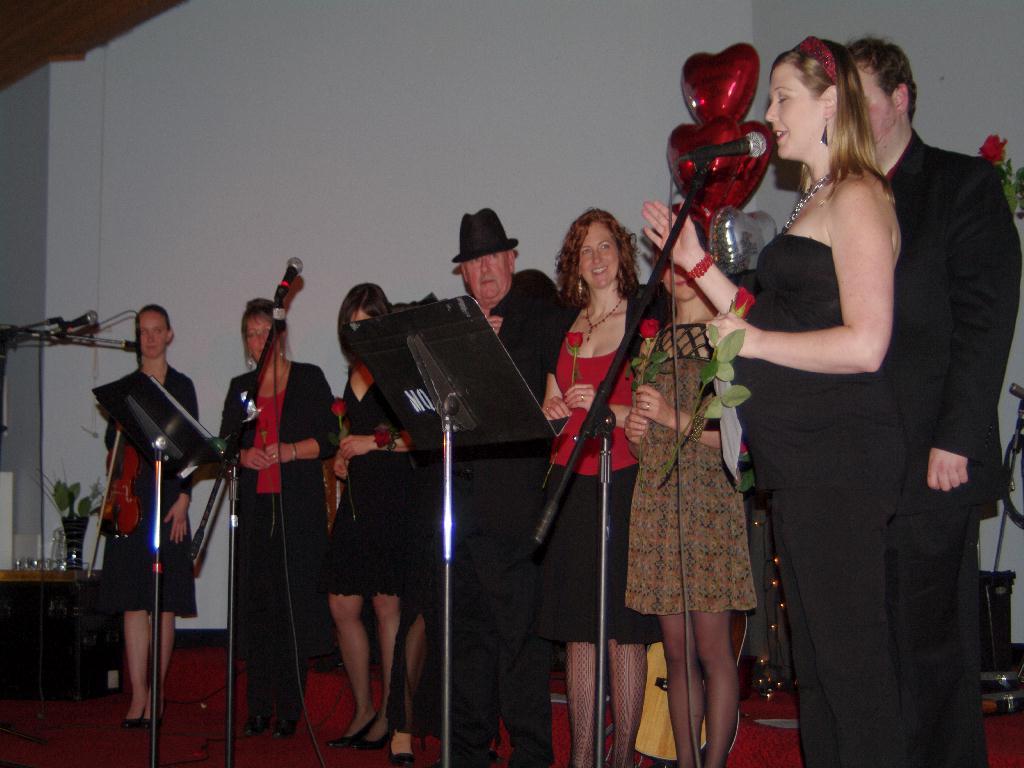 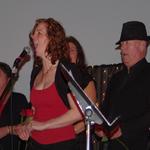 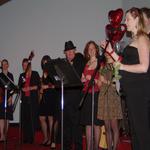 A sell-out crowd erupted with applause time and again for the talented artists who performed at the Tribute to Leonard Cohen evening on February 12th at St. John’s Anglican Church in Squamish. The event was a sell-out and the church hall was decorated in “bistro style” with roses and soft lighting. 125 people attended the musical feast in celebration of the “prophet of love” as Cohen is called. Cohen fans came from Whistler and Vancouver, and many were turned away at the door – “Squamptons” are known for their last minute planning!
Coordinator for the evening David Dranchuk regaled the crowd with intimate stories of Cohen’s life and loves and shared poems from Cohen’s repertoire. Kelly Coubrough produced and directed the musical performance with members of The Howe Sound Performing Arts Association participating. Piano, guitars, violins and voices rang out as performers poured their hearts out performing many of Cohen’s popular songs. The crowd gave a standing ovation at the end of the concert as all the performers gathered to offer a rendition of “Hallelujah”.
Folks from every corner of the community helped with sound, lighting, set-up, clean-up and food and beverage service. A silent auction organized by Colleen and Nelson Winterburn, with donations from several businesses and individuals from both Squamish and Vancouver, added to the evening’s festive atmosphere. The profits from the evening’s performance will go to pay down the debt for the newly replaced metal roof on St. John’s church.
We will continue to invite friends, family members, groups, churches and merchants to join us in our great events. Many have been blessed by our building and St. John’s presence is this area for the last 98 years. It is not just “ours” in the larger spiritual perspective. Our “roof” is an integral part of the community of Squamish. The people of St. John’s are very grateful to all who helped organize the event and for their generous gifts of time and talent - and to the Cohen fans from far and wide who attended and supported the event.
Images: Above - Veronica McPhee and Friends. Below Music Coordinator Kelly Coubrough introducing the performers to the audience prior to the performance of "Hallelujah"