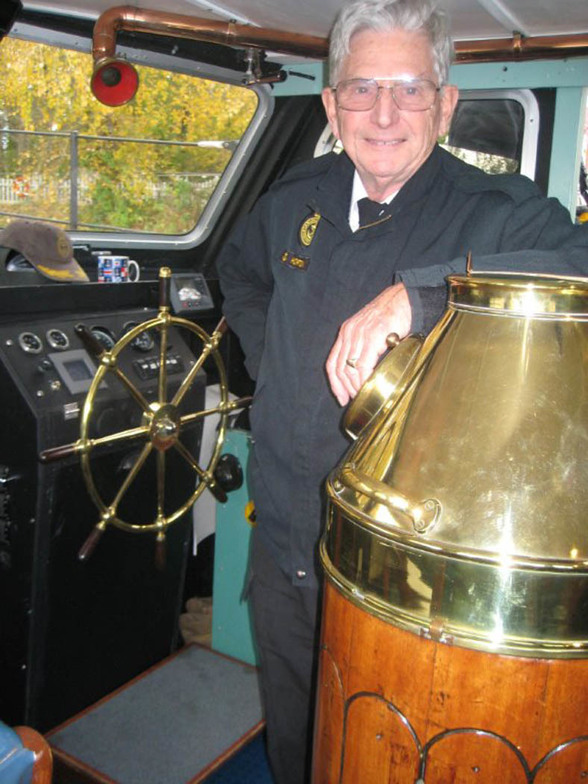 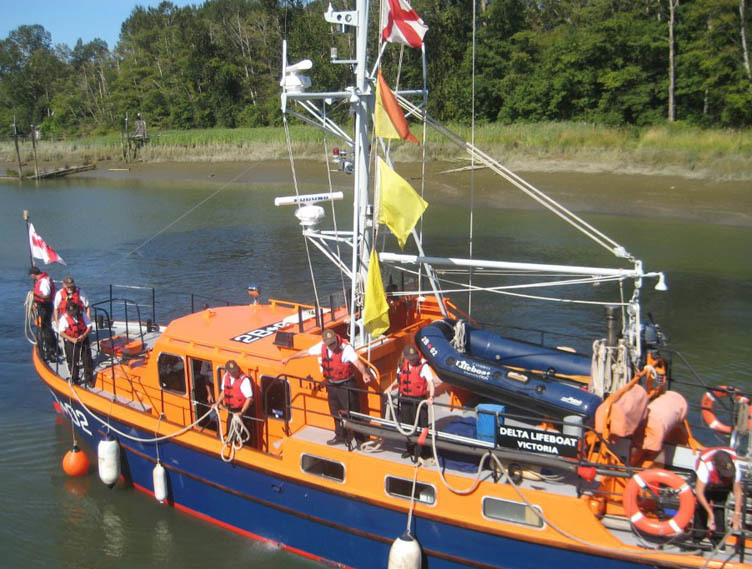 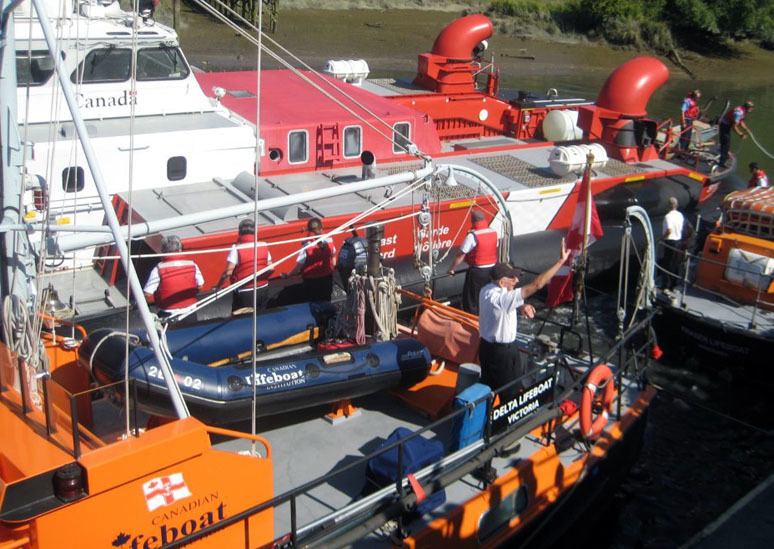 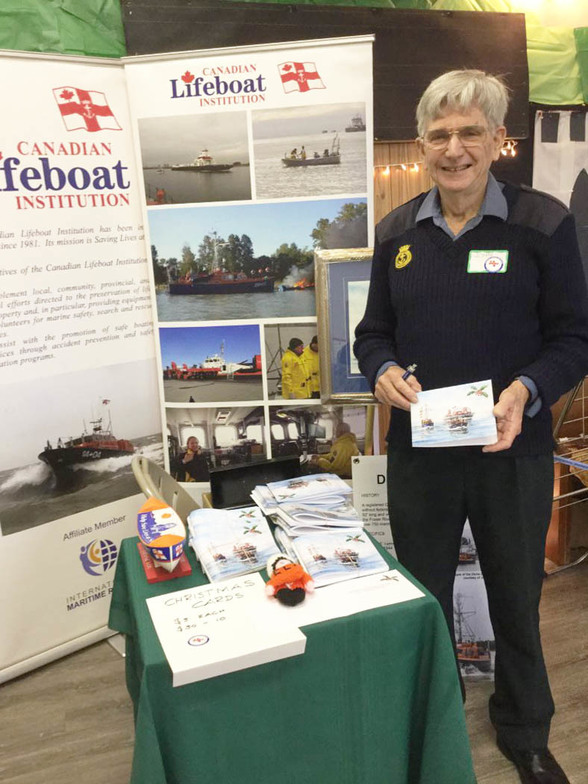 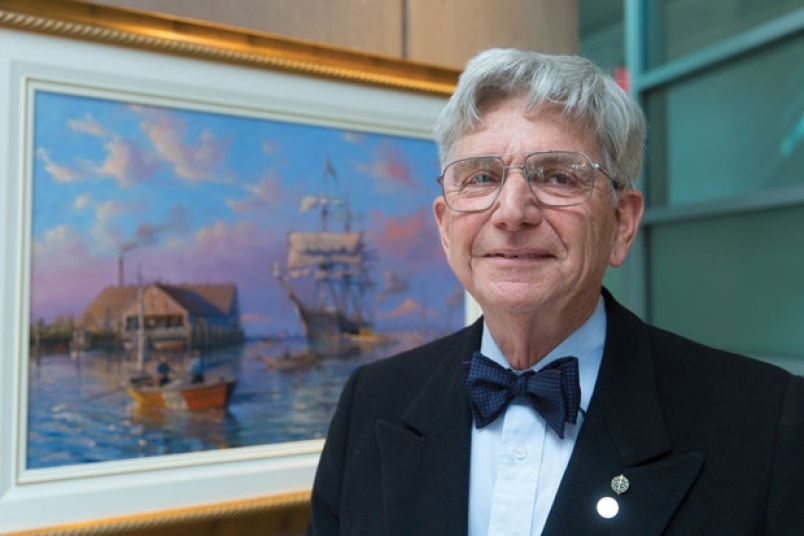 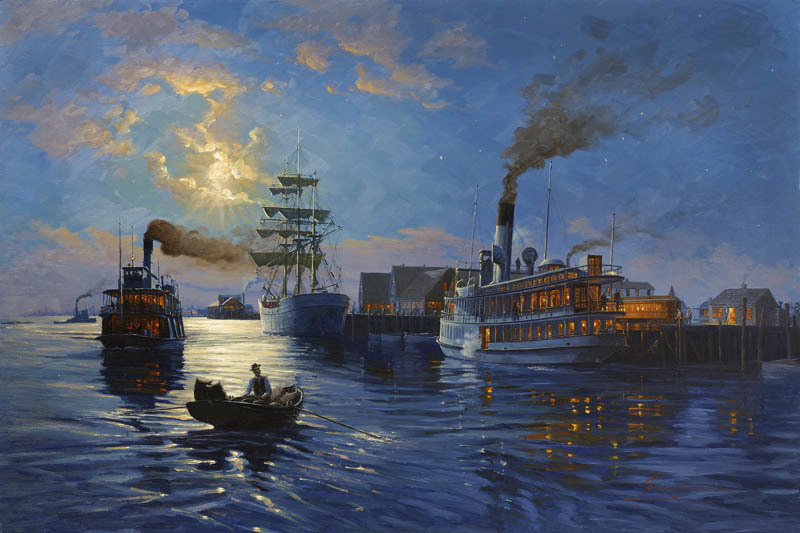 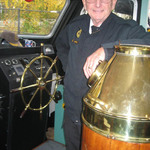 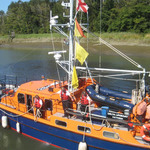 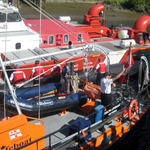 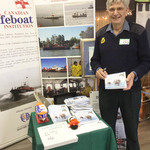 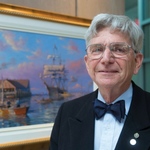 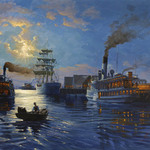 St. David's parishioner John Horton was one of 13 accomplished British Columbians to be appointed to the Order of British Columbia. Recipients of the province’s highest form of recognition were announced on B.C. Day, August 1, 2020 by Lt.-Gov. The Honourable Janet Austin, Chancellor of the Order.

As vice-regal representative of Her Majesty the Queen, and Chancellor of the Order, Her Honour welcomed the new members to the Order and said that to recognize these remarkable people who are changing our communities for the better in many ways, was an honour of great personal significance to her.

The Biblical words ‘They that go down to the seas in ships, that do business in great waters’ might once have been the mantra of John Malcolm Horton, a man whose lifelong fascination with the maritime world is exemplified in countless numbers of ways.

Horton’s incredible ability to combine his love of the sea, his seamanship, his historical knowledge and his artistic talent, has given British Columbians, and others, a lasting legacy.

John Horton is a humble and generous soul who uses his God-given gifts to serve and enrich the lives of those around him. Be it his skill as a marine artist, as a commissioned designer of the Royal Mint nautical commemorative coin, volunteer historian and lecturer, captaincy of his 52’ self-owned Delta Lifeboat (previously named Artist’s Life and the Steveston Lifeboat) for volunteer service with the Canadian Lifeboat Institute (CLI), or passing his sailing expertise on to others, John continues to multi-task to the benefit of all.

Since joining the Canadian Marine Rescue Auxiliary in 1979, John’s main focus has been assisting the native and commercial Fisheries in BC, although he obviously helps any mariner in distress. Volunteering under the Auxiliary flag, John has helped save many lives while responding to a wide-range of marine-type incidents. He has assisted in the rescue of hundreds of recreational and working vessels either disabled, taking on water, lost in fog, aground, sinking, on fire or experiencing engine trouble, not to mention persons lost overboard. Escorting deep-sea ships, tugs, barges and ferries, has also figured prominently in the work of Delta Lifeboat.

In 1988, Horton began volunteering with the Canadian Lifeboat Institute’s Search and Rescue Service (SAR) – a not-for-profit registered charity that provides non-government-supported search and rescue assistance in Fraser River Estuary and Gulf of Georgia waters. It was from the CLI base in Steveston that John began training volunteers to be competent crew members.

The value of the Delta Lifeboat and its volunteer crew in patrolling the fishing fleet during the native and commercial fisheries seasons cannot by over-estimated. Nor has the City of Richmond’s recognition of John Horton as a notable marine artist been overlooked. His commissioned painting, Arrival of SV Titania’s in Steveston Harbour in 1889, is hung in Richmond City Hall as part of the City’s public art collection, inspired by the Canada 150 project. More recently, John donated his painting Arrival at Port Guichon to the City of Delta for permanent display at Delta Cultural Centre. At that time, he was presented with a ‘Friends of Heritage Award’ in recognition of his dedication to furthering awareness of the area’s maritime history.

It was three years ago, that CLI entered a new partnership agreement with the City of Delta to provide a volunteer SAR response in all waterways around Delta. On August 19, 2017, The Steveston Lifeboat was repositioned to the new Lifeboat Station at Ladner Harbour and with due ceremony officially renamed the Delta Lifeboat.  Captain Horton and the Delta continue to be a resource in support of native and commercial Fisheries, commercial shipping, and pleasure craft community, as well as being available to local police, fire and ambulance services.

John gained his deep respect for the dangers faced by commercial fishermen world-wide during his service with the Royal Navy’s British Fishery Protection Squadron in the late 1950s. The seamanship and search and rescue skills achieved at that time are used by him to this day.

Horton’s numerous commissions from the Royal Canadian Mint are another facet of his incredible talent. The 2018 collector coin marking the 240th anniversary of Captain Cook’s arrival at Nootka Sound shows Horton’s depiction of Cook, his two ships Resolution and Discovery, and a Nuu-chah-nulth canoe.

A founding member of The Society of Marine Artists (CSMA) and The Federation of Canadian Artists (FCA), John’s interest in the exploration and development of Canada’s West Coast prompted him to produce more than 60 historical paintings depicting the nautical voyages of both Captain James Cook and Captain George Vancouver. The educational value of his collection in the form of illustrated lectures has been shared by many diverse groups.