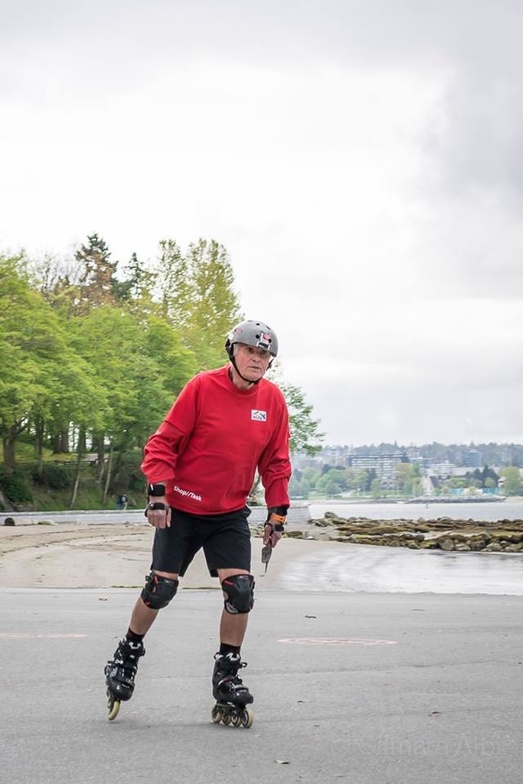 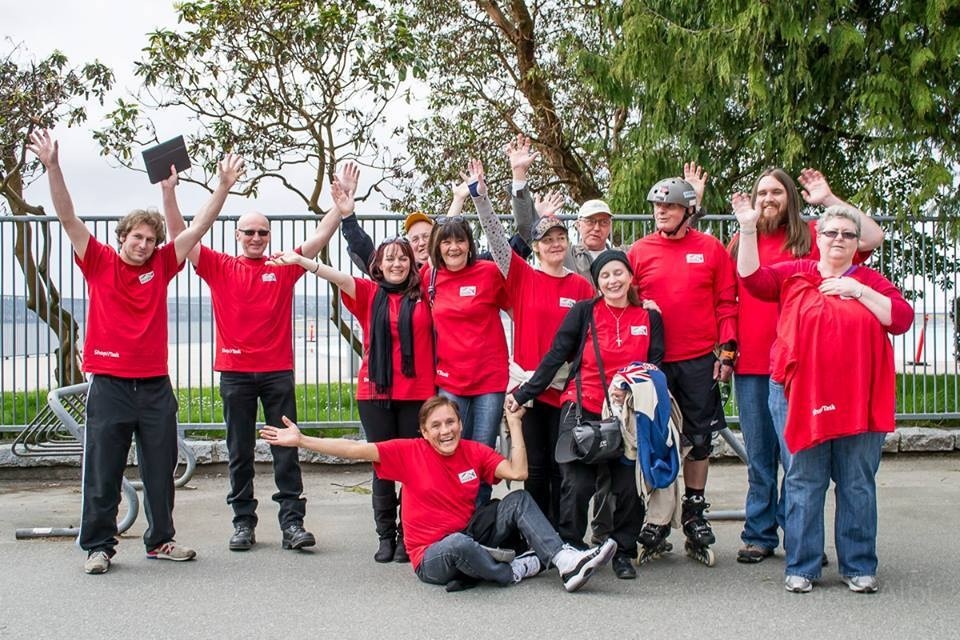 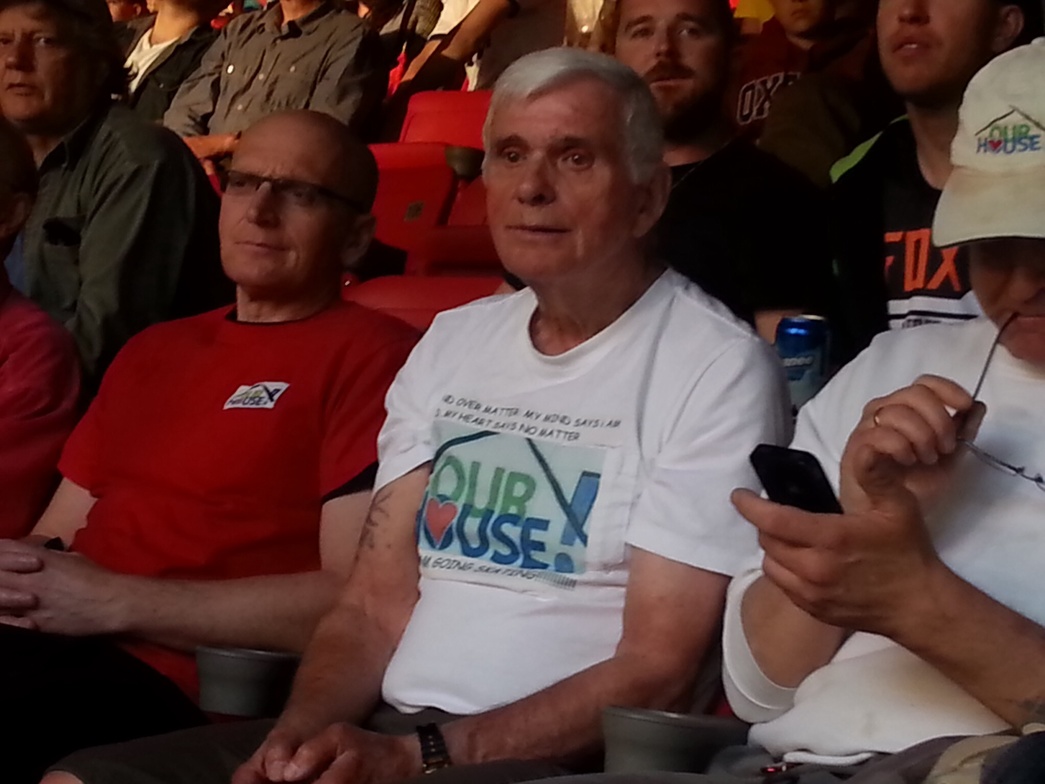 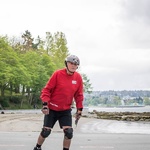 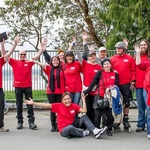 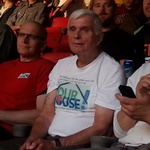 Featured in the summer issue of Topic and on the diocesan website news pages is the story of 77 year old Our House West Coast Society founder and principal director, Norm Sharkey, ODNW and his remarkable journey planned for the spring, summer and fall of 2014 to rollerblade 50 kilometres, Monday through Friday around the Stanley Park Seawall until he has travelled 5350 km, the distance from Cambleton, NB to Vancouver, BC.

Diocesan Communications is grateful to Lisa Meyers the Secretary of Our House West Coast Society for keeping us up-to-date on Norm’s progress. Lisa writes:

“Norm is now one-third of the way through his quest. He has skated close to 50k every week day since April 28, 2014, and he is feeling stronger every day. Norm purchased a GPS that he wears on his wrist - one of the indicators tells him he is going through over 3000 calories every day. On weekdays, Norm goes around the seawall five times, and can be seen by Stanley Park’s 2nd Beach pool every day before noon; since he arrives early, he is usually finished a five-hour skate by eleven o’clock. Norm says that Jesus keeps him strong and leads his quest, and I believe him.

Residents and graduates of Our House and some members the Board of Our House West Coast Society have been going around the west end in our red Wheels4Freedom t-shirts. We hand out information flyers and tell people about Norm’s skate and Our House. I have attached a couple of pictures so that you will have an idea of what we look like.”

On Friday, June 20th, the Our House gang attended the BC Lions/Calgary Stampeders pre-season game.

There are multiple ways for people to donate. An on-line site is ready to receive donations and you can connect to it through the Our House West Coast Society Facebook page (LIKE the page too).

Donations are also welcomed by mail to:

Tax receipts for donations greater than 20 dollars will be sent out, so please don’t forget to include your address when sending in a cheque by mail.

Norm’s goal is to finish the trip by mid-October of this year. Diocesan Communications will continue to keep the diocese apprised of his progress.

Images: Top and homepage, Norm rollerblading the Seawall at Stanley Park. Middle, Volunteers and Board Members of Our House West Coast Society with Norm. Below, Norm and Our House folks at the June 20th football game. PHOTOS: Courtesy of Lisa Myers and Our House.