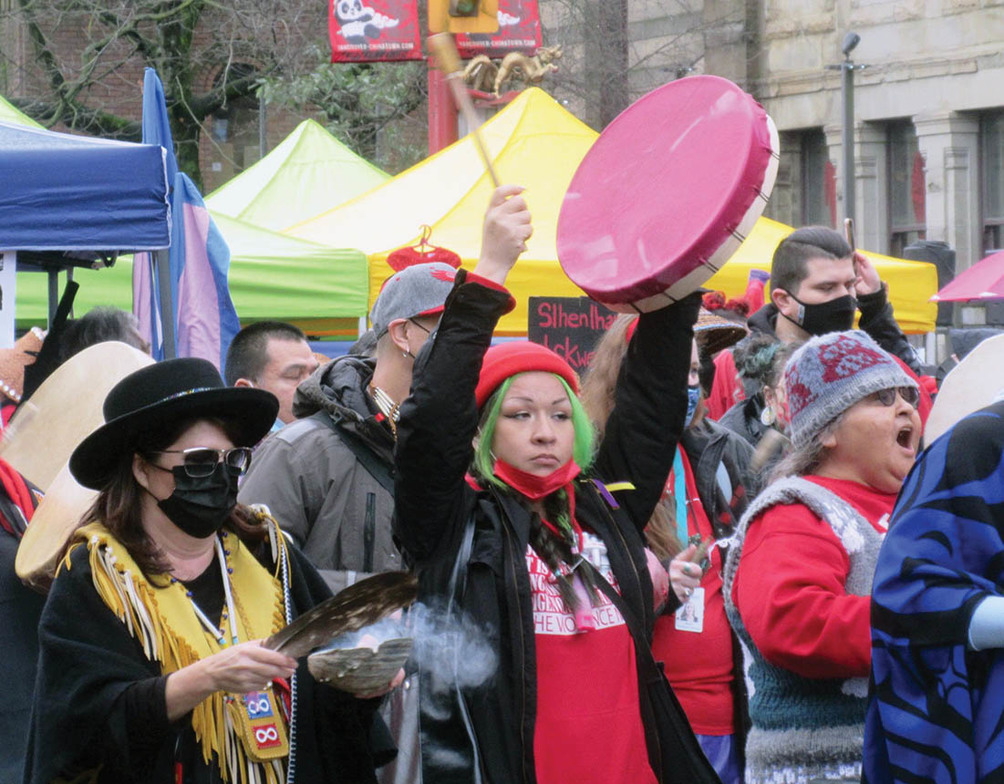 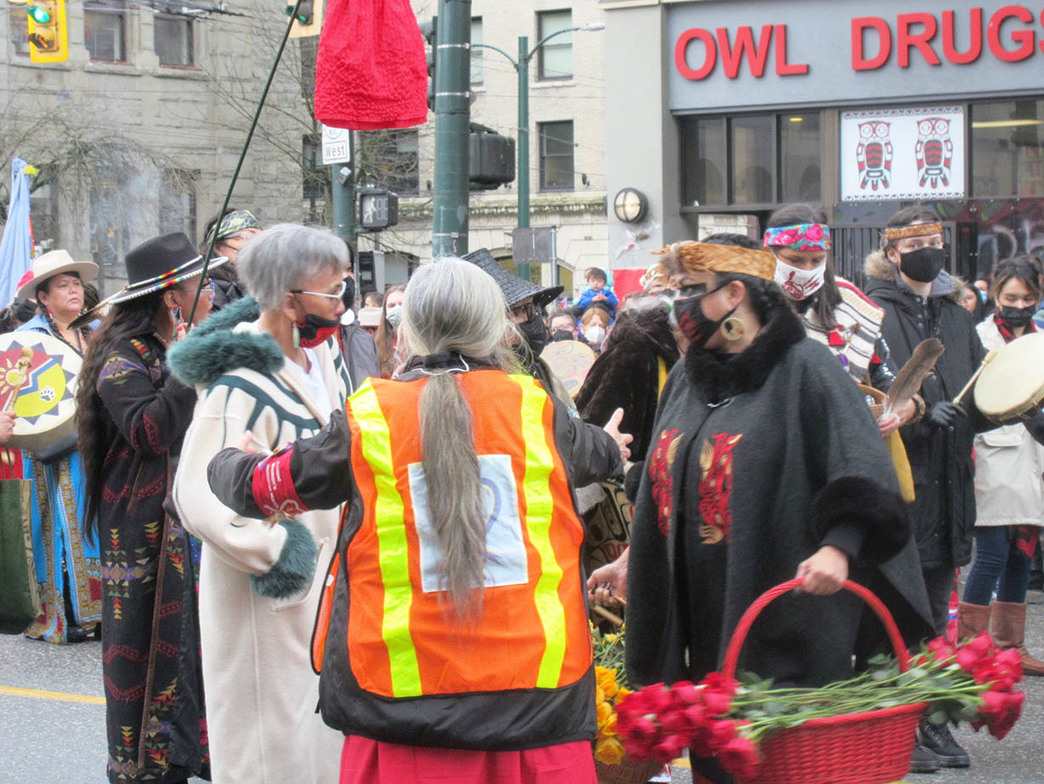 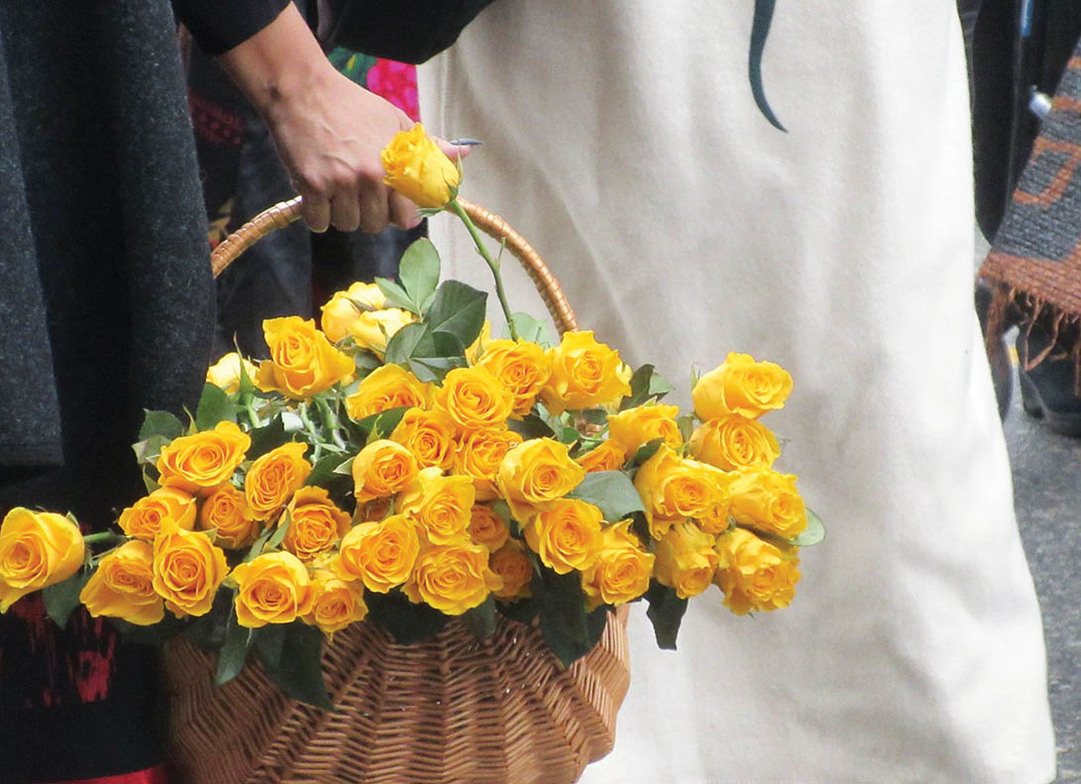 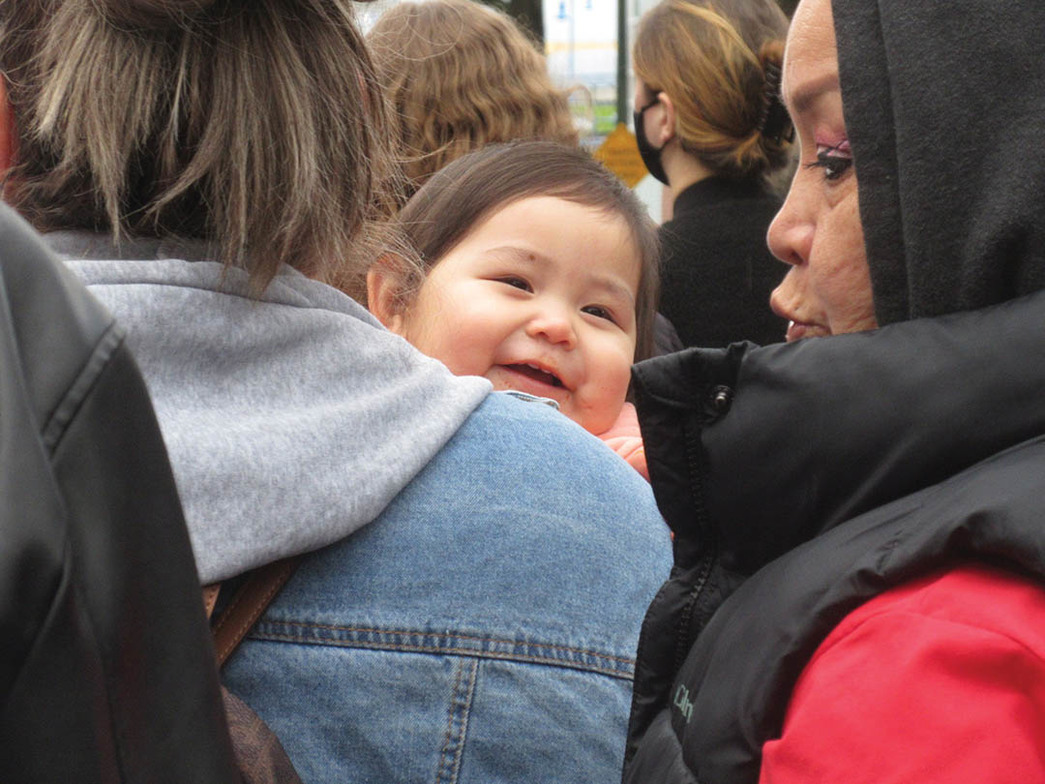 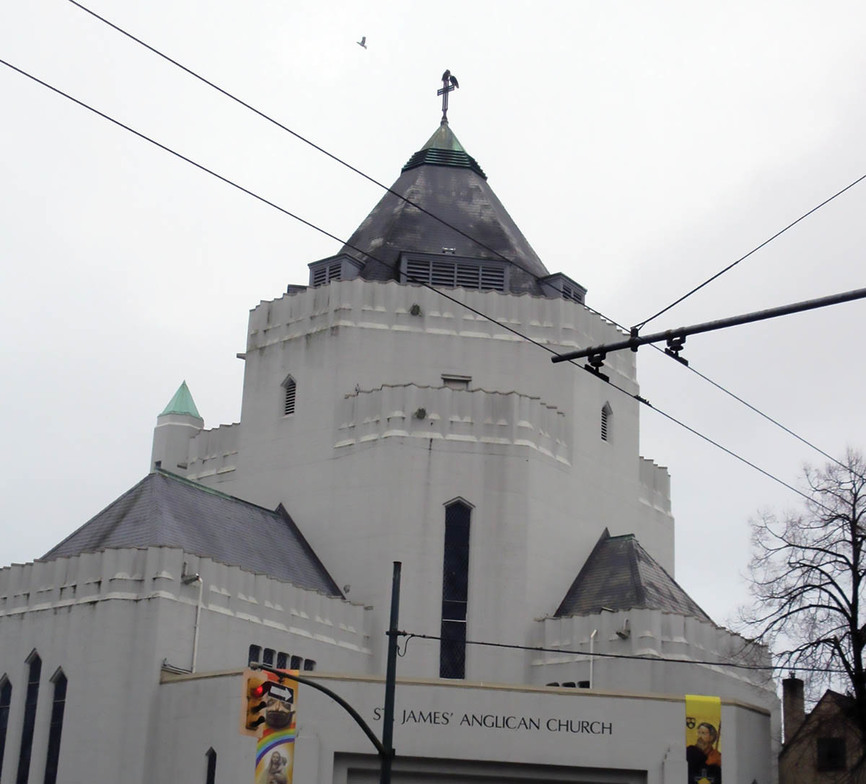 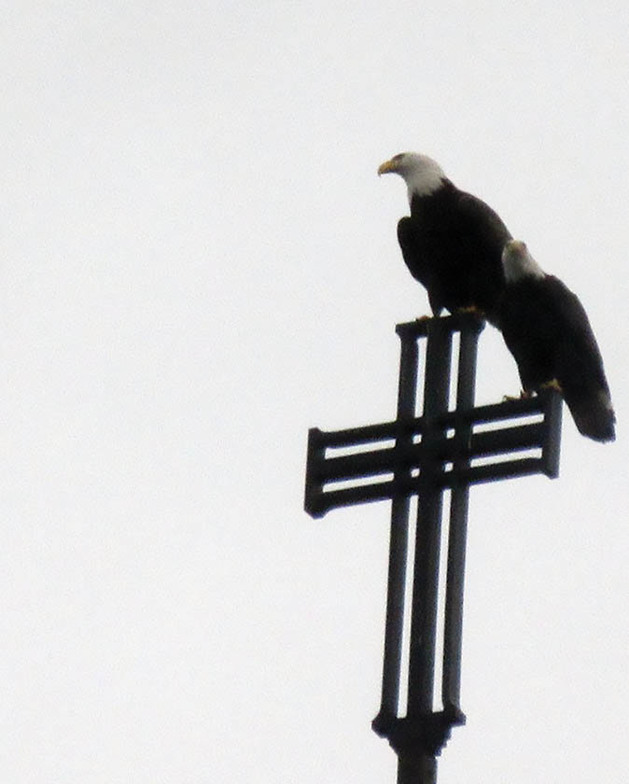 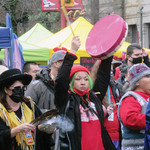 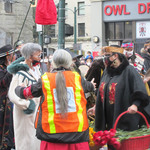 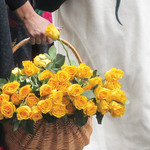 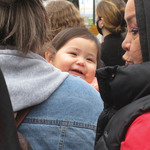 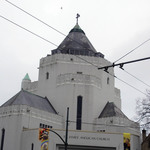 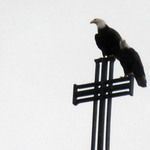 On Monday, February 14, 2022, thousands gathered during the morning at the intersection of Main and East Hastings Streets on Vancouver's downtown eastside (DTES) for the 31st Annual Women's Memorial March, remembering missing and murdered Indigenous women. Many thanks to  Jer Nii K'an Kwsdins (Jerry Adams) and daughter, Melissa for sending these photos in to diocesan communications.

There were some remarkable events during the 2022 march including the toppling, covering with red paint and removal of the statue of John Deighton, AKA "Gassy Jack". The existence of the statue of the 19th century businessman who married a 12-year-old Indigenous girl has long been an open wound for many and its imminent removal by those participating in the march was not completely unexpected. There were roses distributed and red dresses displayed along with Eagle feathers and smoking sage for healing. A small soar of Eagles (three or four) was present around the cross situated on the roof of St. James' Anglican Church watching over the march and removal of the statue.