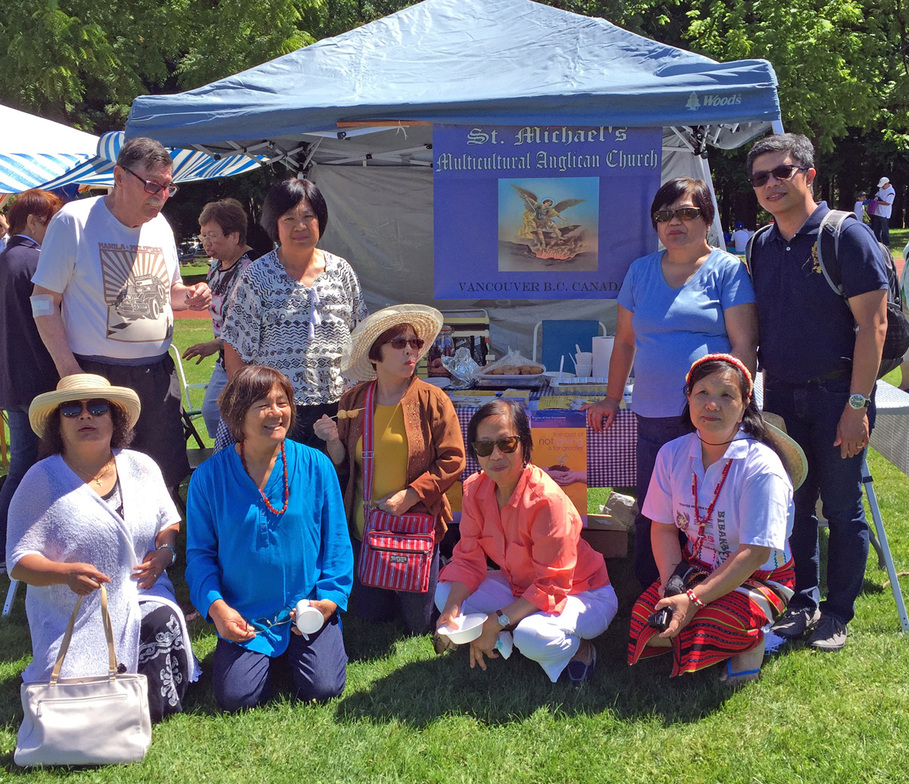 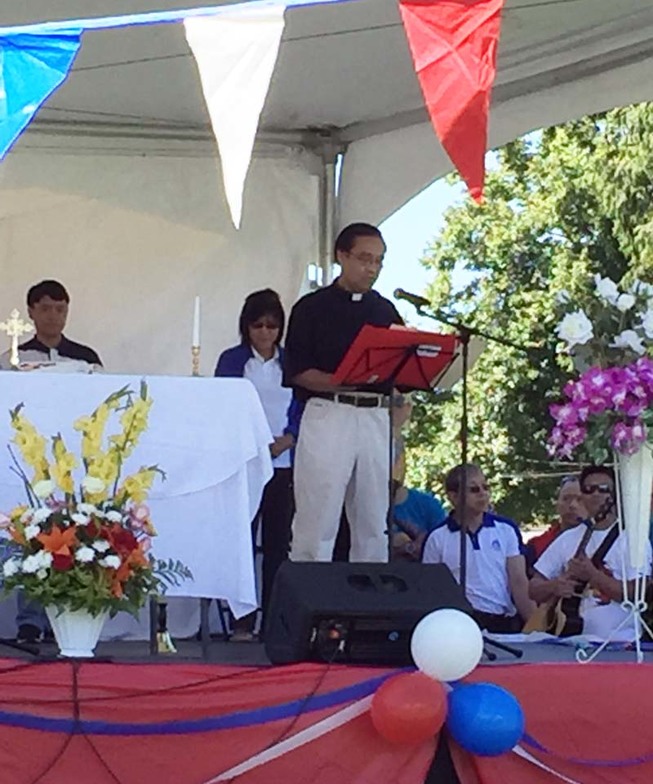 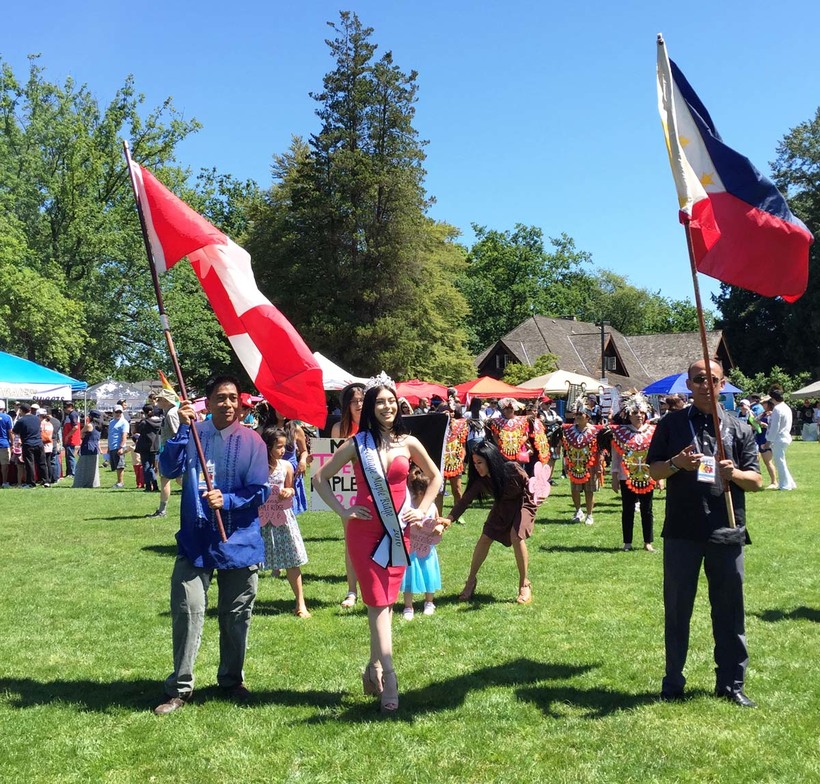 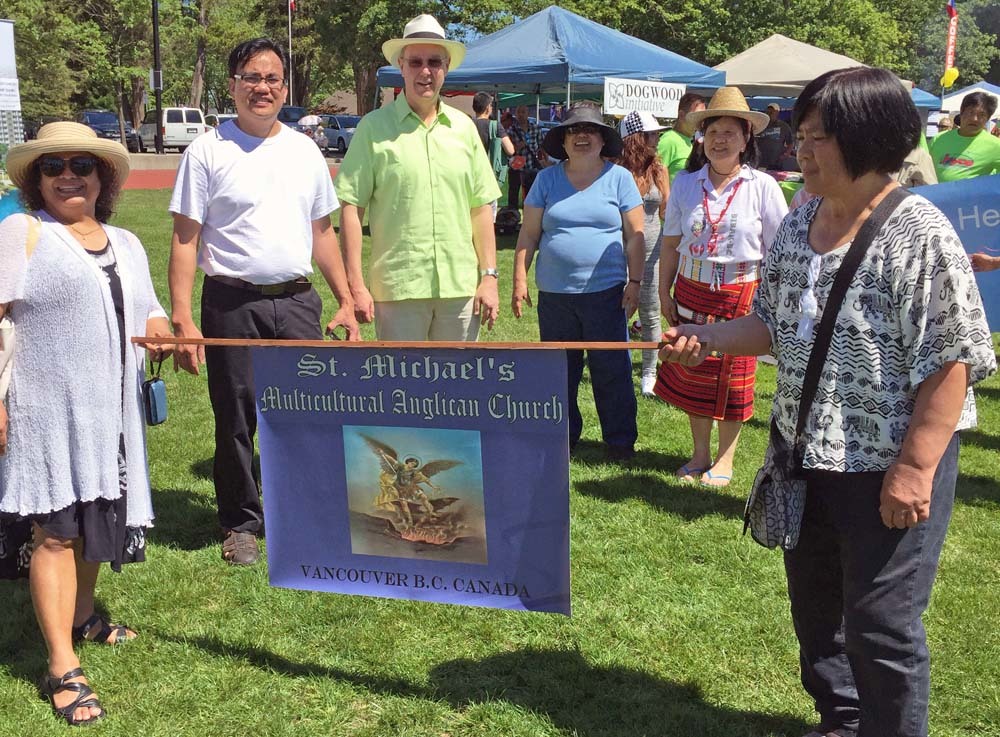 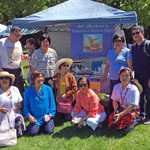 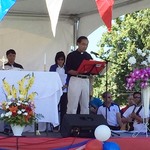 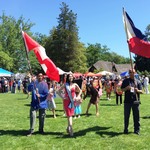 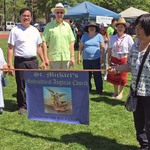 On Saturday, June 4th, 2016, a very warm sunny day, between 600 and 700 people gathered for a day-long celebration in East Vancouver. The Diocese of New Westminster, through the three parishes of: St. Mary the Virgin, South Hill, St. Michael’s Multi-cultural Church, Vancouver and St. Michaels, Surrey, supported the 118th Philippine Independence Day celebrations at Memorial Park South in Vancouver. It was a day of great anticipation and excitement. For the very first time Anglicans took part in this year’s Pistang Bayan (Feast of the Community).

At 7am, a tent was set up in the venue and preparations were underway to ensure that the Anglican Church of Canada would be recognized by the different Filipino communities under the umbrella organization of The United Filipino-Canadian Association of British Columbia (UFCABC). UFCABC is the sponsoring organization for this festival.

The festivities started with a worship service. The Reverend Expedito Farinas, priest-in-charge of St. Mary South Hill, led a thanksgiving prayer. The prayer focused on the gifts of freedom, justice, equality and human dignity. It also acknowledged that the Lord of history guided the Filipino people to unite and fight for freedom and independence from all forms of oppression, abuse and tyranny, and above all, the prayer celebrated the blessings of God for this beautiful land that has become a true home for many Filipino families, and the diverse culture that is now an integral part of our present day society.

Immediately following the worship service, participants assembled for the parade. The festive mood was intensified with a drum and lire group leading the parade. More than forty-five affiliate members of the UFCABC from across the province joined in including: Migrant Workers of BC; Pinoy Pride; BIBAK (Bontoc, Ifugao, Benguet, Abra, Kalinga); Iloili Ati-Atihan (representing an ethnic community in the southern part of the Philippines).

The Anglican Diocese of New Westminster was represented in the parade by executive archdeacon, the Venerable Douglas Fenton; the Reverend Wilmer Toyoken, the Reverend Expedito Farinas, the Reverend Louie Engnan and some faithful members of the three aforementioned parishes.

Following the parade, everyone gathered in the middle of the park for the focal point of the day – the Philippine Flag Raising Ceremony officiated by the Consul General. It was a very moving moment for every Filipino-Canadian to sing the Lupang Hinirang (the Philippine National Anthem). All people gave their full attention while the Philippine flag was being raised in the middle of the assembly. All had their right hands just on top of their heart while proudly singing in their national language. At the conclusion of the anthem, everyone expressed their emotions with loud and sustained applause.

There were many visitors to the booth marked by the St. Michael’s Multicultural Church banner representing the Anglican Church of Canada and the Diocese of New Westminster. The visitors wanted to know the locations of the parishes, information about the priests and also how many Filipino families there are worshiping in each parish. Many of the visitors to the booth had no idea that there are Filipino clergy now serving in our diocese and many were unaware of the presence of a local denomination connected to the Episcopal Church in the Philippines and the Philippine Independent Church.

In any Filipino gathering, big or small, a celebration can only be completed and gauged as successful through the abundance of food. Every booth offered a different menu like lechon (roast pig), pansit (noodles), suman (sticky rice wrapped in a banana leaf) fish ball (a kind of street food in the Philippines) and much more. A variety of fruit juices: mango, buko (coconut), sama lamig (jello) were made available for everyone to enjoy. The Executive Archdeacon even tried some sama lamig which he enjoyed very much.

This year’s celebrations filled the hearts of the many people who value freedom and independence. The Filipinos believe independence is a blessing from a loving God who guided the Filipinos in the pilgrimage for equality, respect and human dignity.