Beyond Priests on Pedals 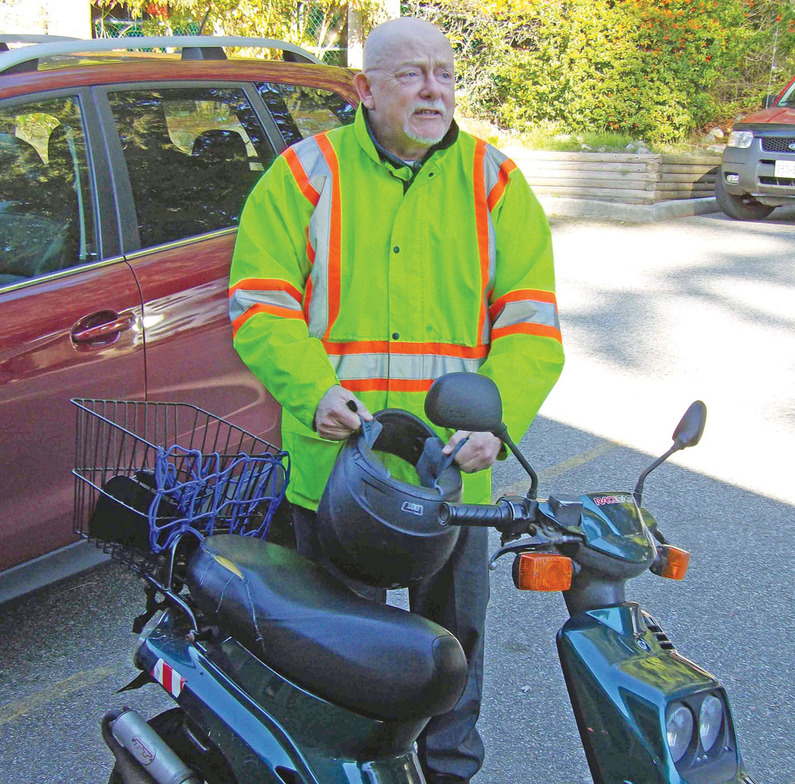 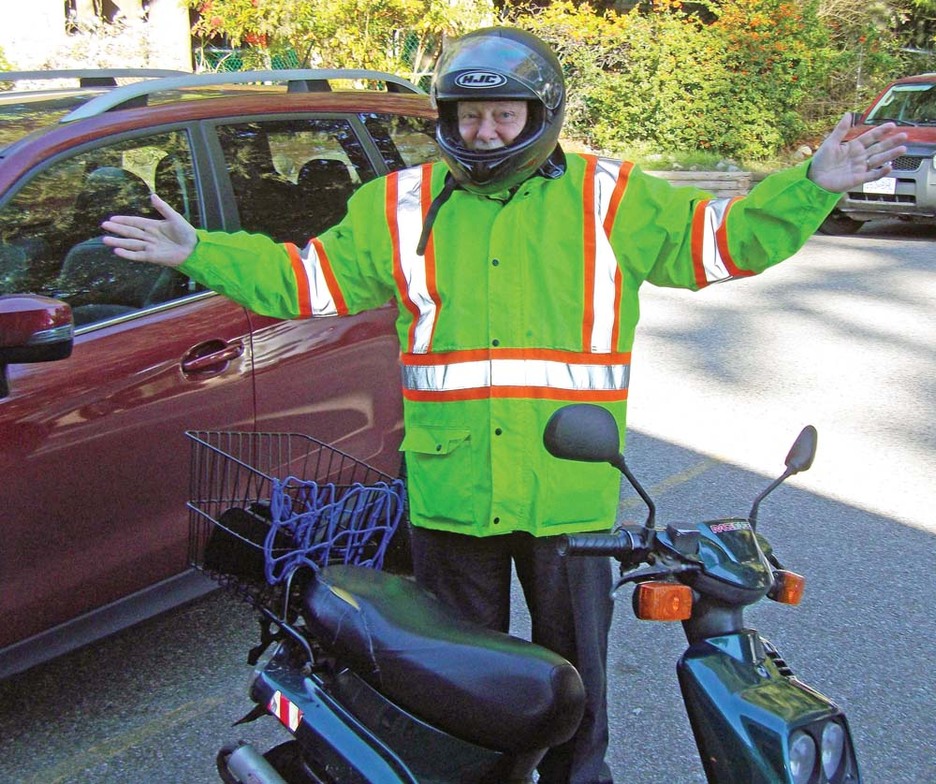 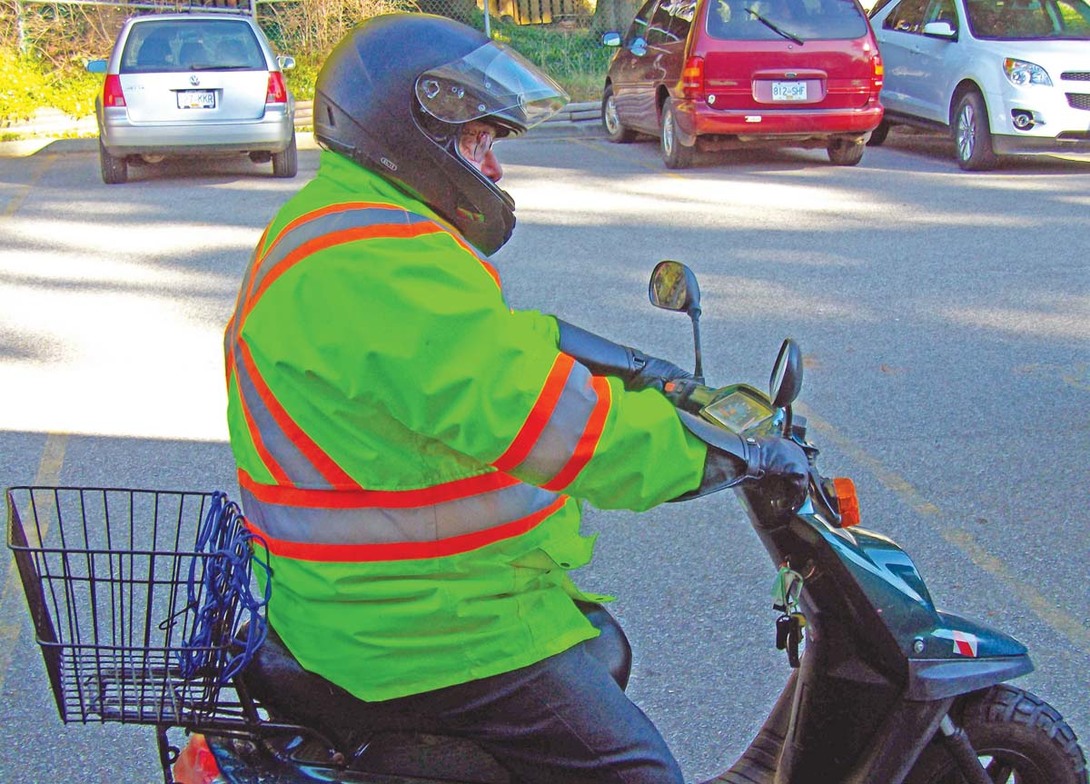 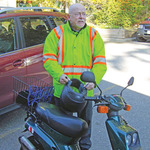 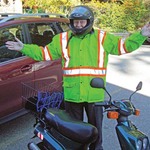 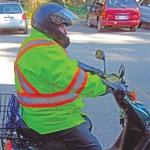 "I was so amused by the article by Lyndon Grove in the March Topic ('Priests on Pedals' p. 17), that I thought I would send in these photos taken on Sunday, March 8th in Gibson’s Landing."

The priest at St. Aidan and St. Bartholomew’s, Gibson's, the Reverend Pastor Ian Nestegaard Paul, is also the pastor at Living Faith Lutheran Church 20 kilometres away in Davis Bay.  His wife, Brenda, is a part time pastor in Powell River, and during the two weeks she is there with their vehicle, Rev. Ian uses his motor scooter to get between the services.  Both congregations have recently agreed to alter service times, so instead of watching Rev. Ian riding off in a hurry, they will soon see him arriving in a hurry – but Sheila was quick to mention "we will look forward to our coffee hour with him afterwards.  I won’t say that pedalling a bike is “so yesterday”, but surely this is very modern!"