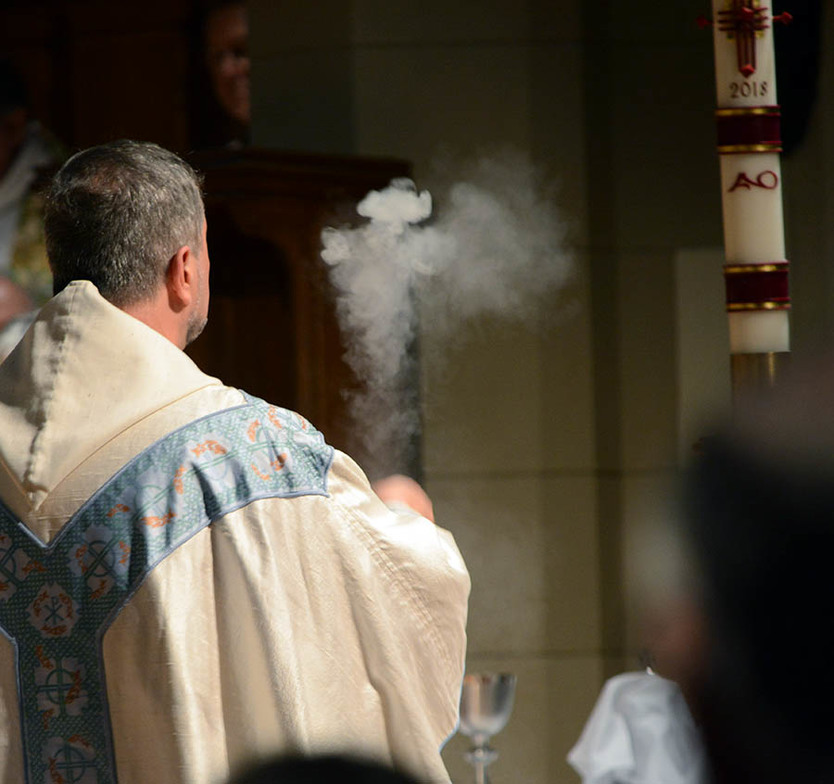 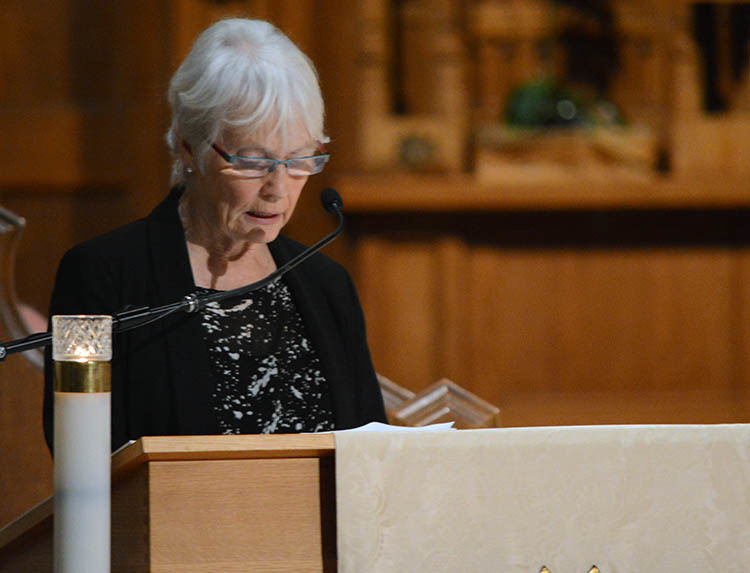 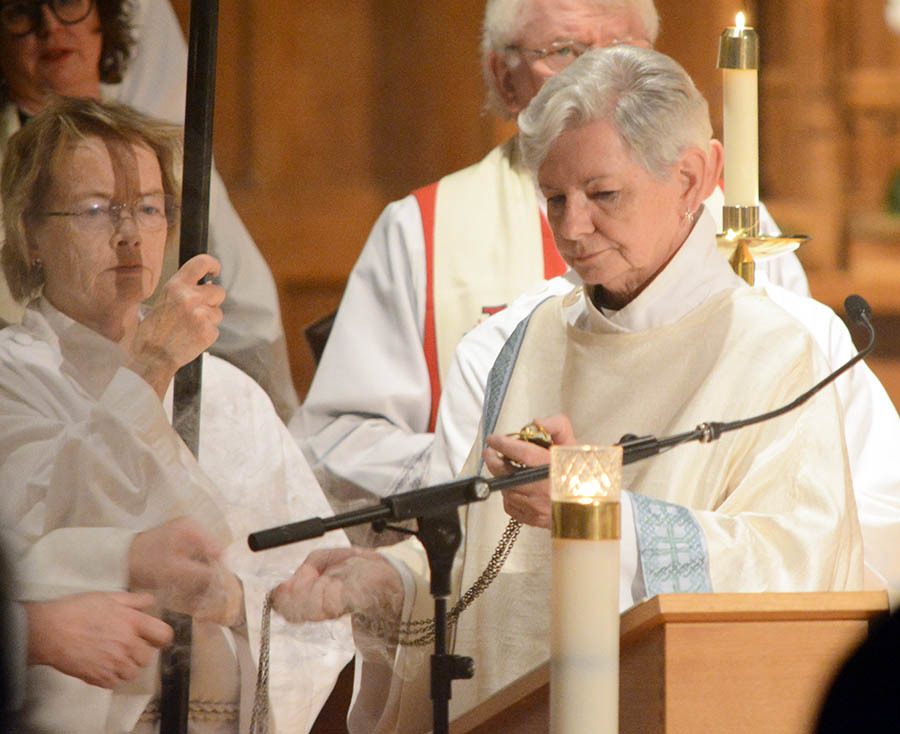 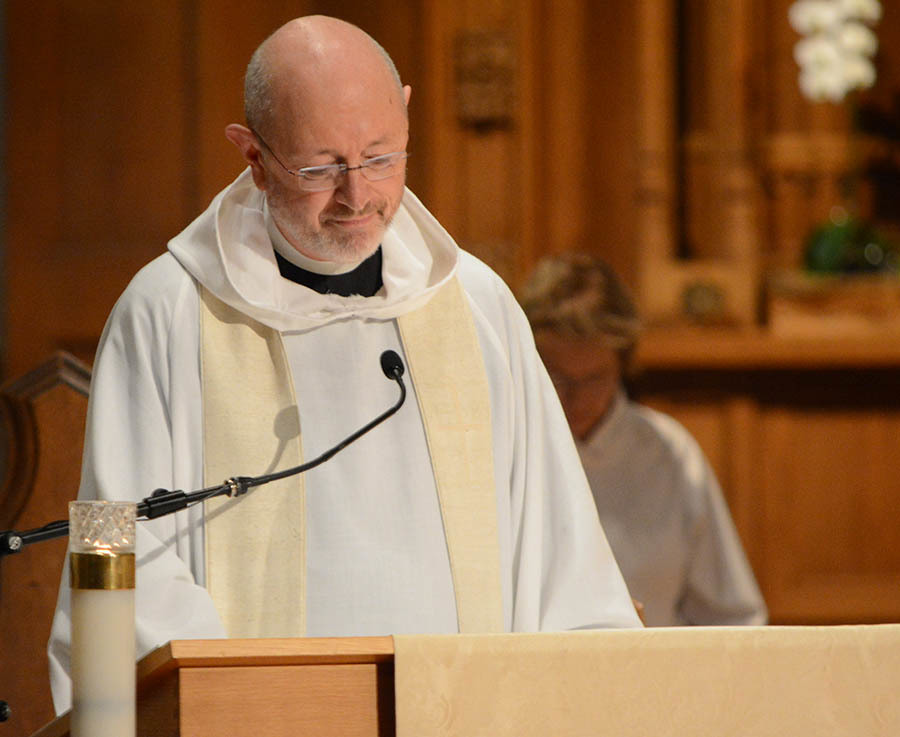 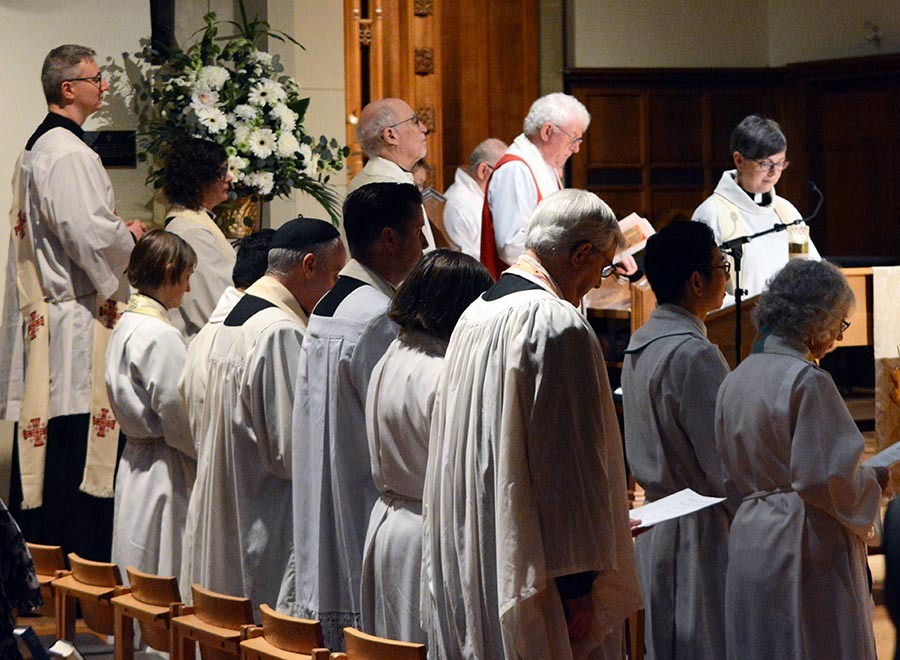 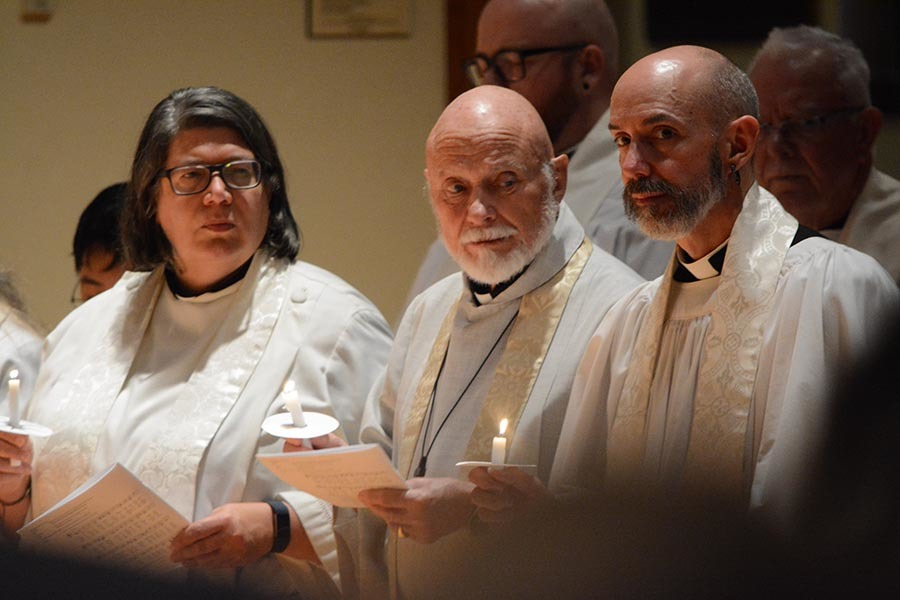 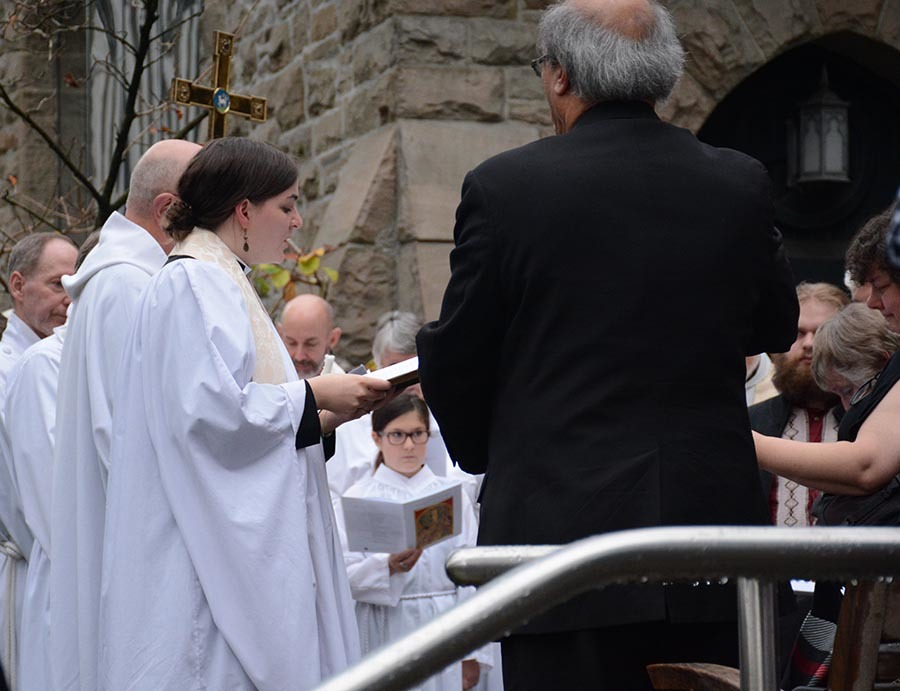 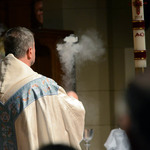 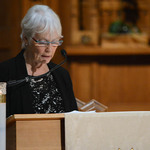 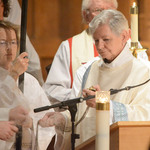 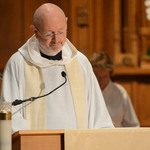 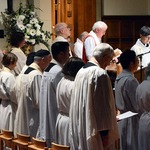 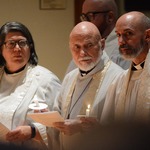 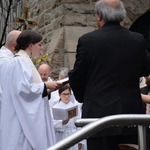 Requiem Eucharist in Thanksgiving for the Life of the Reverend Dr. William Crockett

The words used in the title of this piece were spoken by Bill Crockett. They were shared as a paraphrase by the Very Reverend Peter Elliott near the conclusion of his sermon, offered at the Requiem Eucharist celebrated in thanksgiving for Bill’s life at Christ Church Cathedral, November 24, 2018. In the sermon, Dean Elliott was paraphrasing and personalizing the words that Bill had shared during a sermon he was preaching at the Funeral Eucharist for Dean Elliott’s brother-in-law, Dr. Christopher Lind. The entire quote from the Dean’s sermon is as follows:

Dean Elliott’s sermon was built on the foundation of the Gospel reading for the liturgy, Luke 9:28-36 and specifically, verse 9, “And while he was praying, the appearance of his face changed, and his clothes became dazzling white.”

The Rev. Dr. Bill Crockett was fascinated by the story of the Transfiguration and in his sermon, Dean Elliott came up with a compelling theory about that fascination:

“So what was it in that the weird and wonderful story of the Transfiguration of Jesus that drew Bill in? Well maybe it was the sheer absurdity of it because, after all, we know that Bill loved to laugh. Amongst the many things I’m going to miss about his presence is watching how his face could be transfigured from absolute seriousness to pure joy in just a nanosecond.  How many times have I seen him express a theological point with great seriousness and then, watch his face transform as something strikes him as funny—and then that laugh with great joy.”

Dean Elliott further explored Bill’s relationship with the Transfiguration story but concluded that the transformative experience for Bill was really about the Eucharist:

“I think it’s about the Eucharist; after all, his book is titled Eucharist: Symbol of Transformation; transformation is a synonym for transfiguration, they mean the same thing.  Bill’s spirituality was centred on the Eucharist, this gathering of the Christian community around bread and wine.  From growing up in the Anglo Catholic parish of St. Thomas Toronto to his deep association with this Cathedral Church and St. James, the celebration of the Eucharist on particularly on Sunday was where he felt most at home. “

And the Requiem Eucharist in thanksgiving for Bill held on that cloudy fall day, the day before the Celebration of the Reign of Christ was indeed a fitting liturgy for this much loved: father, grandfather, husband, priest, teacher, mentor, scholar and friend to so many.

There was tradition, innovation, music, prayerfulness and beauty.  A component of the worship that few of us in attendance will forget was the Intercession. Six clergy gathered on the west side of the chancel platform giving them each access to the ambo and the microphone.  The Reverend Ross Bliss, an accomplished guitarist was situated in the organ and choir loft and he accompanied the Taize chant, Confitemini Domino (Come and fill our hearts with our peace) initially led by the Reverend Liz Hamel but quickly picked up by the choir and congregation .  The eight bars of chant became the Refrain sung between each of the prayers shared by a different priest.  Joining Reverends Bliss and Hamel, were: The Reverend Dr. Gerald Hobbs, the Reverend Marnie Peterson, the Reverend Jeffrey Preiss, the Reverend Matthew Johnson and the Reverend Helen Dunn.

The music for the liturgy was led by a contingent of Cathedral Choir members under the direction of organist and director of music Rupert Lang.  And they sounded particularly fine on this occasion.

The Presider at the Eucharist was the Venerable Kevin Hunt, rector of St. James’ and Archdeacon of Burrard. The Reverend Helen Dunn, cathedral vicar, was the Presider for the Commendation and for the Interment of Ashes that took place in the Cathedral’s Memorial Garden immediately following the Eucharist. Deacon of the Word and Table was the Reverend Dixie Black of Christ Church Cathedral and the readers were Bill’s friend and parishioner, Susanne Cruickshank, ODNW;  and the Reverend Dr. Richard Topping principal and dean of Vancouver School of Theology, the seminary where Bill was a professor for a significant amount of his teaching career.

Letters addressed to Dean Elliott and the Crockett family from the Most Reverend Fred Hiltz, Primate of the Anglican Church of Canada and from the Most Reverend Melissa Skelton, Bishop of the Diocese of New Westminster and Metropolitan of the Ecclesiastical Province of BC and Yukon were read during the service and published in the pew bulletin.

“A dear friend of Christ Church Cathedral, he (Bill) is remembered fondly by our entire Church as a respected theologian and fine liturgist. With distinction worth of much gratitude on our part, he served the Doctrine and Worship Committee in a time of much renewal in the liturgy of the Church.  We remember his contributions in the development of the Canadian Anglican Liturgical Series (CALS) which would in time be one of the forerunners of The Book of Alternative Services (1985).

We all know of his deep love of and appreciation for the Eucharist, that sacred mystery in which we are nourished in our life in Christ and for our labours in His Name.”

In her letter, Archbishop Skelton wrote from her personal experience of Bill during the almost five years of her episcopacy.  She spoke of Bill, a person dedicated to his family and she spoke of Bill, the liturgist, scholar and teacher, but it is the third paragraph of her shared memory that spoke about Bill the person that many of us in the diocese knew:

“…Bill was a rare combination of humility and assertiveness. Yes, his voice was soft and his laugh captivating in how loud it wasn’t. But I can tell you that when he felt strongly about something, that “something” continued to pop up in hallway conversations, during coffee hour and receptions, on the phone and in email. He just would not give up his advocacy of his point of view. And for that, I am very, very grateful.”

Following the Interment of Ashes all were invited to the hall for a reception. Bill’s wife of 58 years, Jean, was quoted by Dean Elliott as saying “It’s going to be a party!”

(Click the link to access the memorial piece put together by Bill's wife Jean and their three daughters: Carolyn, Catherine and Linda)

More photos and caption available by following this link to a photo album on Anglican Conversation, the Facebook page of the Diocese of New Westminster