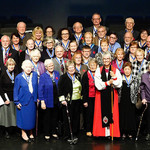 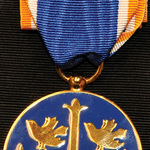 It has become a cliché to say that the year 2020, (so far) has been unlike any year in most people’s living memories. Every aspect of our lives is affected by the coronavirus pandemic and that is certainly true of the activities of the diocese of New Westminster. Since 2009, the Investiture of New Members to the Order of the Diocese of New Westminster has been one of, if not the most popular and best attended diocesan event. For the first six years the Investiture took place at Christ Church Cathedral within the Celebration of the Eucharist on the Sunday closest to All Saints’ Day. Since then the event has been celebrated at New Westminster’s Massey Theatre. In 2015, the celebration was again within the context of the Eucharist, and in 2016 and 2018 within the context of Morning Prayer.

This fall new members will again be invested, and as gathering in large groups inside a theatre will probably not be allowed the ODNW organizers have arrived at a creative solution. There will be six ceremonies scheduled to take place in the six regional archdeaconries on three different days over three months. They are:

The 2020 Investiture will be the 10th Investiture in 12 years as following the 2015 event the award ceremony was converted from an annual to a bi-annual occurrence. Archbishop Skelton will officiate at the liturgies and preach.

Attendance will be by invitation.

Each event will receive news coverage from diocesan communications and will be video recorded and edited for release and distribution after December 5.

As for the traditional photograph of the new member wearing their ribbon and medallion and receiving congratulations from the archbishop, that is still being discussed, as are the possibilities involving taking 6 group photographs.

There are 44 Parish Nominees; 9 Bishop's Nominees and 1 Honorary Inductee

Here is a link to information about the Honorary Inductee, Captain Oscar Pinto.