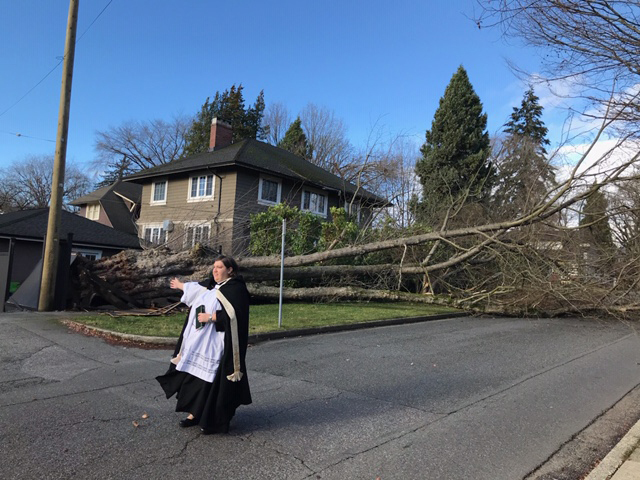 On Thursday, December 20 the southern portion of the Province of British Columbia was rocked by windstorms.

Many thanks to the Reverend Lindsay Hills, rector, St. Mary's, Kerrisdale (SMK) for sending the accompanying photo taken by John Taylor, verger at SMK into diocesan communications.

Rev. Hills, had just returned from a graveside service when it became apparent that the church's neighbouring property (the former rectory grounds) had lost a large tree in the windstorm. Still vested she directed traffic for 30 minutes.

The photo was posted on diocesan social media, Facebook and Twitter in the afternoon of December 20 and within hours (thanks to many "shares") it had seen by thousands of people.